Description
The Library was conceived in 1987 when its planning began, with formal public opening in 1989. Its establishment constitutes not only the first collection in the entire world of treasures of Chinese dietary culture, but its free service to the public also comprises the ideal long cherished by the Mercuries Group of serving the Community that had given it its prosperity.

During the initial stages when the Mercuries Building was being constructed, the company was already considering the establishment of a library devoted to Chinese traditional food culture and in the process consulted experts from many quarters. And in accordance with the desire of Chairman Mr. George, Chau-Shi, Wong to collect all such texts from the world over, after a period of two years’ planning, the Library was formally opened. 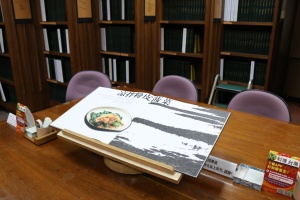 Over the past several years, the Foundation has gradually taken shape, earning recognition from all social sectors. And from its actual implementation and activities, the Foundation has come to know that its work in some measure has contributed to promoting such awareness, and hopes with the help of scholars and through inter-disciplinary approach to lift research in dietary culture onto an academic level.

For this the Foundation has already sponsored several international conferences on Chinese Food Culture, and on Food and Beverage Management. It has also provided scholarship funds for M.A. and Ph.D. candidates working on related theses, assisted in the publication of related academic works, and published collected papers. Moreover, it has made available to the general public its library resources, its search and retrieve facilities as well as its library staff. Recently we have participated in all manner of scholarly activities in order to reach the goal of organizing and exchanging our resources.